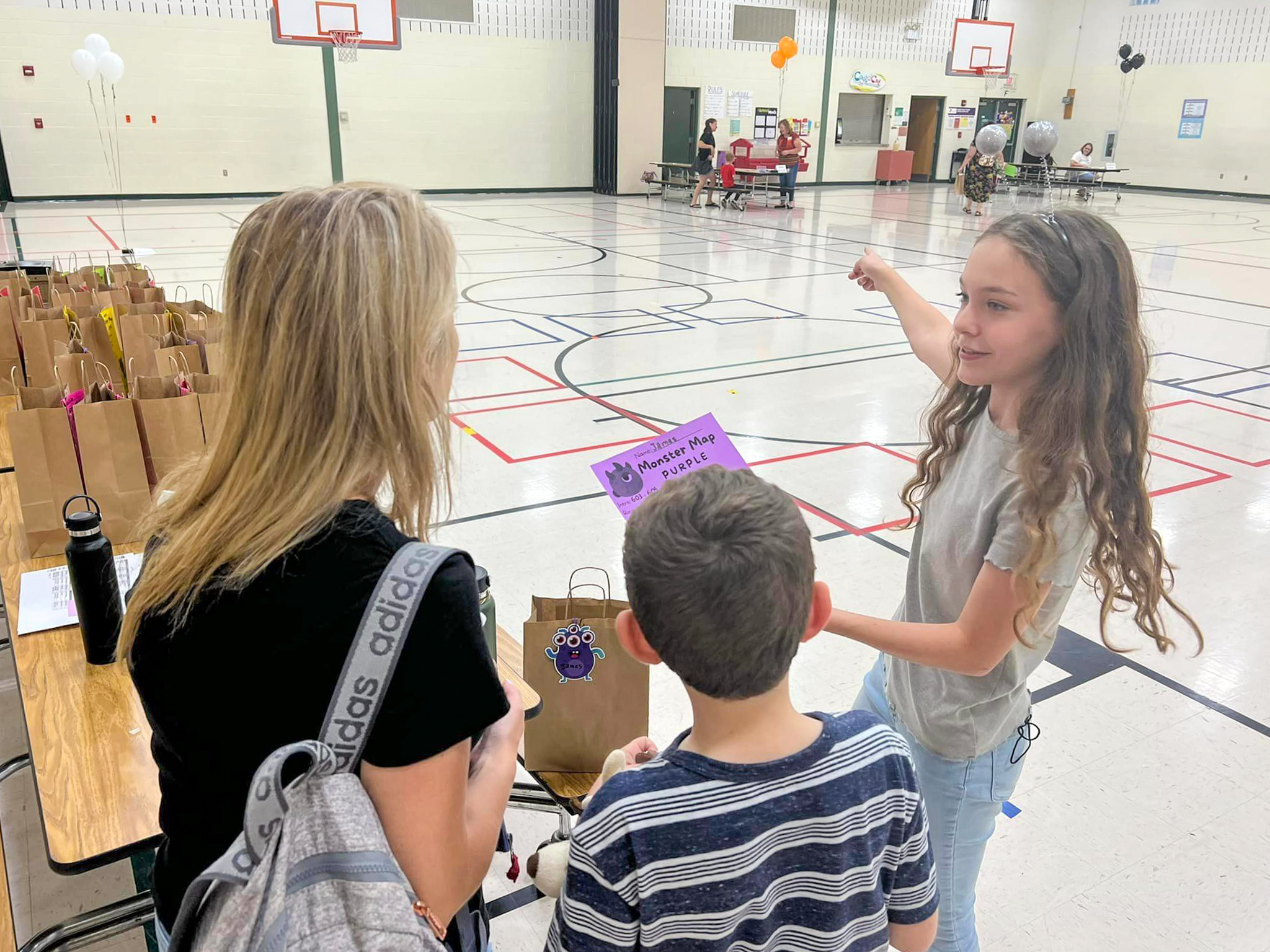 She organized the entire event from creating a budget and asking businesses for donations to getting volunteers and creating comment cards to get feedback.

Garling is using the project to earn her Girl Scout Silver Award.

Students visited five stations where they learned age-appropriate tools to help them deal with anxiety or “worry monsters.”

“I just want to help more people and get this information out to kids who need it,” Garling said.

She received the information from certified mental health counselors and designed activities around the coping tools, Garling said.

Students could make a Monster Box in which they could write down their worries then “feed” the worries to the monster.

The students brought stuffed animals to use during a breathing exercise, Garling said.

They put the toy on their stomachs and did breathing exercises until the stuffed animal fell to the floor.

Garling has been working on this idea since she was a sixth grader and is proud of her work, she said.

“I don’t think kids talk about mental health enough and it is just as important as physical health,” Garling said.

“Everyone should have positive mental health,” she said.

“One of the best things you can witness as a principal is watching one of your former students giving back and helping current students,” she said.

Hennegan said she is proud of Garling.

“She took time to plan a meaningful event and gave younger students strategies and tools to cope with anxiety that will last them a lifetime,” Hennegan said.